Do you remember Art Attack? If you do, you might recall that there was a segment in each episode where Scouse da Vinci Neil Buchanan created a giant picture out of some random material – a unicorn out of paperclips, for example, or a robot out of lentils.

Imagine him getting to work on a giant school bus made of school uniforms. He scatters some trousers around to make the wheels, nods to himself and starts on the bus’s door. He prances around, tossing school ties here and red sweaters there, occasionally grinning at the camera while the bus in his mind takes shape at his feet. Then he steps back and opens his arms, and the camera pans out from above to reveal not a bus, but a hideous leering clown face that causes the kids at home to pee their pants and run to their mums.

How did this happen? I’ll tell you how. Neil forgot to get into his cherry picker crane every now and then. He just kept at it on the ground, lost in an enthusiastic flurry of school clothes, and neglected to take an occasional look from above to make sure his bus looked like a bus. 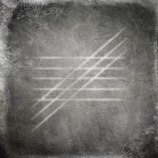 When writing a book, the equivalent of getting into this cherry picker is editing. It’s wise to look at your work from a distance to make sure not only that it works, but that it works as well as it can. And it’s even wiser to have someone else in the cherry picker with you – someone more detached to look at the woods while you’re hopelessly lost in the trees. That’s what Kirsty Fox (Big Cheese at Bees Make Honey) and I are doing now for The Dust on the Moth (which, in case you missed it, recently got funded through a Kickstarter campaign). At this very moment, Kirsty is reading the manuscript for the umpteenth time to check that its bizarre little story holds together and gives the reader the ultimate Dust on the Moth experience.

That’s right. While you lounge comfortably on your sofa and read this, Kirsty’s hunched over a tattered manuscript and scouring it with her tired, beady eye. She hasn’t slept in days. She consumes nothing but bread and water; preparing anything else would cost precious editing time. She’s stranded high up on the cherry picker, checking the novel’s themes, its story arc, its character development, its internal logic and its self-contained worlds. Once satisfied she’ll lower the cherry picker to get a little closer. Would Mr Malarkey really say this to Anna? That gibbon wasn’t in the grotto before, was it? Did Cardinal Bilibin always have those long pink fingernails? Shouldn’t the pace be picked up for this chase scene in the desert?

Once Kirsty’s done, she’ll be sending me another pile of grumbles to be addressed, and I’ll get to work once again, chipping away here and there at near-imperceptible imperfections. This pile of grumbles gets smaller each time, so we’re getting there. 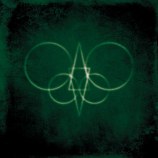 Editing The Dust on the Moth has been interesting. It’s the first time I’ve been edited by someone else. There was a time when I naively didn’t see the point in having an editor. Why let someone dilute your work? Why not keep your vision pure? What I forgot to consider back then is that writers – well, most writers – write not for themselves, but for others. And that’s why you need a savvy set of eyes to give you an outsider’s perspective and ensure your school bus isn’t in fact a scary clown.

Your editor doesn’t just need to be savvy, of course. If a book is to remain true to itself, the relationship between writer and editor needs to be an enthusiastic and sympathetic one. Fortunately for all of us, Kirsty is very passionate about The Dust on the Moth – she’s publishing the damn thing – and it’s been clear since we first discussed the novel that she “gets” it. It also helps that she’s a very talented writer herself. Which all means that I trust her and value her editing suggestions. Sometimes there’s a little negotiation, but 95% of the time we see eye to eye.

Editing the novel has been good for me as a writer too. I’ve learned a lot and have become more audience-aware and critical of my writing. I now know about the pitfalls of “info dumps”, dialogue tags and a plethora of other no-nos. There are “rules” for how a novel should best be presented to the reader, most of which make sense to me (every bit of the novel must serve a purpose, for example), but some which I take with a pinch of salt. If every writer followed every rule, books would start to get a bit samey. In fact, since learning about editing, I’ve already started to spot certain patterns in contemporary novels. At times there’s almost a sense of going through the motions.

It’s going to be sweeeeet. Look out for it from November 2015. 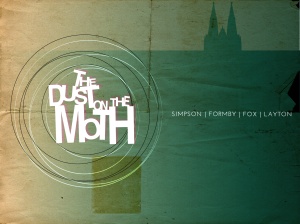